Son of the Wizard Medcalf, tales of the Blind Man’s exploits have been around for centuries. No one seems to know if he is actually blind, or if the blindfold he wears is an affectation. Regardless, he is one of the world’s most powerful practitioners of magic, and a skilled swordsman. He has repeatedly refused a place on the Keeper council in order to remain free of its politics, but despite this his motives and dedication to the ideals of the Keepers has never been questioned. He has trained many Magi over the years, most notably Vaine, Dranook, Leland, and most recently has taken Nycole under his tutelage. Often disappearing from the valley on mysterious errands known only to himself or his father, he has a habit of turning up where he is least expected but most needed. 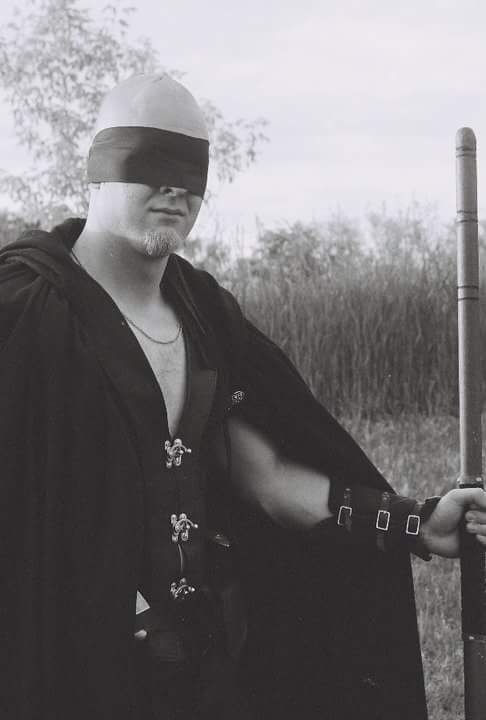