The idealistic younger daughter of the Royal Family, this budding mage is struggling to find her place in the world. While naive in many ways, she is nonetheless dedicated to her people, and her duty to always act in the best interest of Hilos. She is stubborn and plagued with the shortsightedness and recklessness of youth, but growing stronger and wiser every day under the tutelage of Medcalf and Klagriph. She has a strong connection to the element of water, as well as magic in general, and is one of the few magi capable of healing wounds.

Princess Nycol is the second born of Mingard and twin to her brother Jamal. Their older sister, Annah, has just recently ascended the throne of Hilos, replacing the former Queen Satrina and her husband King Mytinneas.

Unlike Dredon (whose monarchy is strictly patriarchal and is handed to the first born son of each family) Hilos’ monarchy is only dictated by first born; regardless of gender. Additionally, if a woman takes the crown and marries, she and her family retain the Mingard name.

Nycol is young at only twenty-one years of age, and has only just finished her schooling. Her defiance of social protocol and royal etiquette has made her the “troubled” youth of the family, and her late night disappearances to the city pubs causes a lot of undue stress upon her parents. That being said, Annah especially looks to Nycol to keep the humdrum palace affairs entertaining for Nycol loves to dance and is never shy about what she thinks of the stuffy courtiers. Her constant banter with the Lord Treasurer (Lucas Devante) and her determination to go on a grand adventure guarantee that there is never a dull moment around her.

Nycol’s father had only recently accepted a bride-price for her hand in marriage by Lord Tolus Teppin. Tolus is the son of the Lord President of the Queen’s council, though unlike his father Tolus lacks any authority, charisma, or intelligence. The marriage was a favorable arrangement for both families; the Teppin’s looking to secure a vast amount of wealth and prestige, and the Mingard’s securing a home amongst the noble class for Nycol. But Nycol couldn’t bring herself to love the boy and when things got violent between them, Prince Estari of Dredon stepped in and disintegrated their engagement by taking Nycol as his own betrothed to honor a treaty between the two cities. With this new engagement, Annah hoped to see her sister become Queen of Dredon and bring the Mingard name back to power in the mother city, where it originated.

Despite Nycol’s revolving-door of marriages, and all the plans that had been made to smoothly transition the royal family out of the palace to make way for Annah’s rule, things get even more messy when Nycol finds herself in the middle of a war brewing between Altazar the Dark Wizard, the men of Hilos, and the magi of the Valley. Visions of Altazar’s movements have made her a target of the Dark Lord, and uncontrollable and seemingly random acts of violent magic from the girl have made her an interest of the magi. Some, like the great mage Klagriph, see her as the tipping point in the war and ultimately the weapon they need to defeat Altazar. Others, such as the mage Leland, look at her in a more romantic way, which only serves to complicate her feelings towards her previously betrothed.

In addition, Nycol’s stubbornness and desire to break free of her nobility makes her reckless and causes her to stumble into some dangerous situations—situations that shine an unfavorable light upon the girl and make her the talk of both common folk and noblemen alike. Fear drives the gossip of the city, and corruption amongst the Queen’s own court makes placing the blame even harder. Nycol’s refusal to join the magi for fear of being used as a weapon is soon shattered when Altazar begins targeting her, and those she loves, in an attempt to either kill her or force her hand. Realizing she needs the magi and their training, Nycol reluctantly joins their ranks and forsakes all her titles, possessions, and previous relationships for a chance at becoming the most powerful mage of them all…. 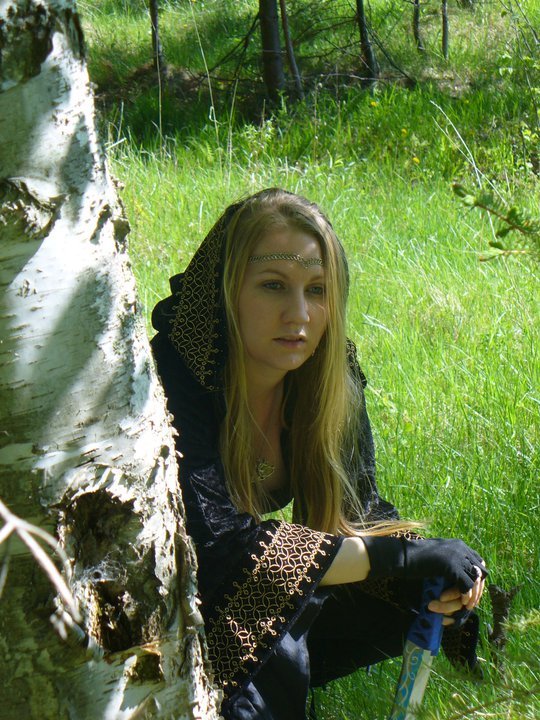